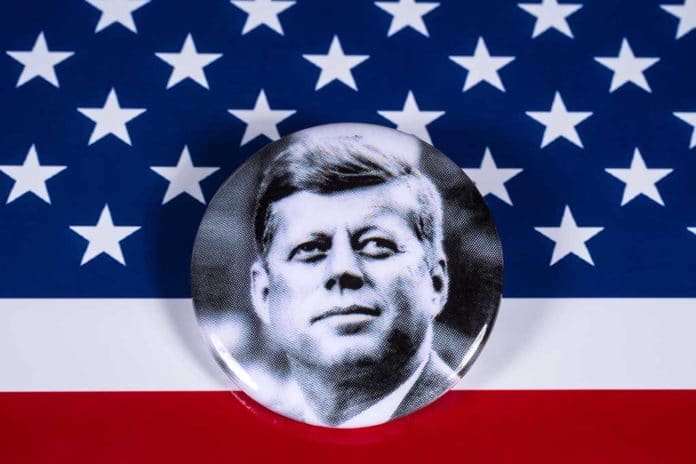 (InformingNews.com) – It was President Harry S. Truman, 33rd president of the United States, who created the “Medal of Honor,” the highest civilian honor any citizen can receive. The Medal of Freedom was originally given to troops who demonstrated exceptionalism during their service in World War II. But, this honor would undergo multiple changes to become what it is today.

President Truman created the Medal of Freedom on July 6th, 1945. The Nazis had surrendered just two months prior, and the US had just bombed Japan’s Hiroshima and Nagasaki a month before the announcement of the medal. Originally, the honor could be granted by the Secretary of War, Navy and State to anyone who completed a praiseworthy feat or service that ultimately aided in the victory over the Axis Power.

EO 11085, signed by President Kennedy early in 1963, would reintroduce the Medal of Freedom. Except, this time, the medal could only be awarded by the President of the United States, making it that much more special. It would now be known as the “Presidential Medal of Freedom.”

Furthermore, the order expanded who could receive such high honors. A person could now earn the Presidential Medal of Freedom for an exceptional contribution to:

President Kennedy named 31 individuals who would receive the medal, but he never got to give it to them. The ceremony was set to take place in December of that year, and Kennedy was assassinated on November 22nd, 1963. In his place, President Lyndon B. Johnson presented the awards at the ceremony.

President Johnson would also give the award to President Kennedy and Pope John XXIII posthumously.

President Lyndon B. Johnson went on to award 57 people with this honor during his 5 years and 2 months as commander in chief. President Ronald Reagan presented the award to 86 deserving citizens. That record number held until President Barack Obama awarded the medal to 115 people.

The Presidential Medal of Freedom is a symbol of heroism and patriotism, and any citizen is eligible. With only one person able to present it, the honor is nearly matchless.