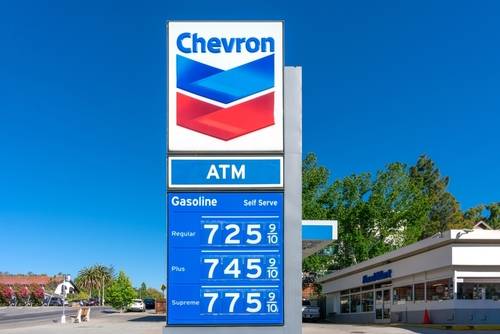 Governor Gavin Newsom said Friday he will call a special session of the state Legislature in December to punish oil companies for “rank price gouging.”

As a result of high inflation, Russia’s invasion of Ukraine, and ongoing global supply chain disruptions, gas prices soared across the nation this summer.

According to AAA, while gas prices have recovered somewhat nationwide, they are still $2.58 above the national average in California, where they hit $6.39 on Friday.

As the nation’s most populous state, California has the second-highest gas tax in the country and other environmental rules that increase fuel prices. Even so, Newsom said there is “no justification” for the price difference between California’s gas and other states’ gas.

Gas prices in California are routinely higher than those in the rest of the country due to environmental laws and regulations.

“If this was anything other than a political stunt, the Governor wouldn’t wait two months and would call the special session now, before the election,” Slagle said. “This industry is ready right now to work on real solutions to energy costs and reliability — if that is what the Governor is truly interested in.”

Maryland, New York, and Georgia are among the states that suspended gas taxes this summer. The state Legislature and Newsom refused to do that, instead sending taxpayers $9.5 billion in rebates. This week, the rebates started arriving in bank accounts.

There is no clear explanation of how the tax Newsom proposes would work. On Friday, Newsom said the details are still being worked out with legislative leaders, but he wants the money “returned to taxpayers,” perhaps by paying for more rebates with the money from the tax.

Earlier this year, the state Legislature briefly considered imposing a “windfall profits tax” on oil companies’ gross receipts during periods when gasoline prices were “abnormally high compared to the price of a barrel of oil.”

A state regulator would be responsible for determining the tax rate, ensuring that any oil companies’ profit margins that exceed 30 cents per gallon are recouped. Allegedly, the tax money would have been refunded to taxpayers. It is worth noting that new taxes are almost never rolled back and that the state could effectively do whatever it wants with the money. Which really all but guarantees higher prices for California drivers with no certainty. In reality, if you wanted to return money to Californians why wouldn’t you just lower or remove the absurdly high gas tax the state already has in place instead of adding more?

Toni Atkins, Senate President Pro Tempore, and Anthony Rendon, Assembly Speaker, said in a joint statement that lawmakers “will continue to examine all other options to help consumers.”

“A solution that takes excessive profits out of the hands of oil corporations and puts money back into the hands of consumers deserves strong consideration by the Legislature,” they said. “We look forward to examining the Governor’s detailed proposal when we receive it.”

“California is the most expensive operating environment in the country and has a very hostile regulatory environment for refining,” said Scott Folwarkow, Valero’s vice president for state government affairs. As a result, refineries have closed and supplies have tightened because California requires them to produce a specific blend of fuel.

According to Newsom, those arguments still don’t explain California’s $2.50 gas price gap with the rest of the country. “These guys are playing us for fools. They have for decades,” Newsom proclaimed.

Of course, Newsom and fellow politicians are not considering the outright war on fossil fuel, the lack of refineries opened, the explosion in inflation after mountains of relief, and shuttered economies that sent the cost of everything soaring and seriously damaged the normal function of the modern supply chain.

Legislators in California meet between January and August to discuss bills. By issuing a proclamation, the governor can call a special legislative session at any time. In a special session, lawmakers can only discuss the issues mentioned in the proclamation.

Just last month, Newsom, and fellow democrats pledged to ban the sale of gasoline-engine vehicles in California by 2035. This despite no feasible way to replace the supply with E.V. options. No place to get the materials for the batteries for electric vehicles and an electrical grid so stretched to the brink in the summer that he was actively asking E.V. owners not to charge their cars.