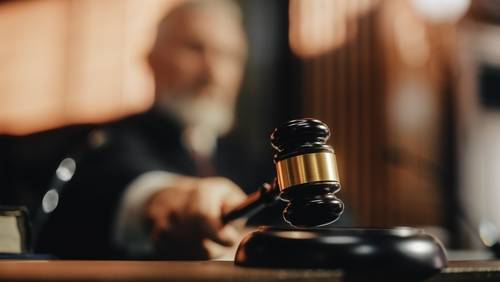 Mark D’Amico, 43, of Florence, was sentenced in Burlington County Superior Court in Mount Holly by Judge Christopher J. Garrenger, in accordance with a plea agreement negotiated by the prosecutor’s office. He pled guilty in December 2019 to misapplication of entrusted property, a second-degree offense, according to a press release through the Burlington County Prosecutor’s Office.

In November 2017, McClure and DAmico would set up a crowdfunding page at the GoFundMe site called ‘Pay it Forward’. The campaign sought donations from the public, purportedly to benefit homeless veteran Johnnie Bobbitt, 39, of Philadelphia. McClure and D’Amico posted the story of McClure driving home from Philadelphia on Interstate 95, running low on gas.

Bobbitt acted as the “good Samaritan” and saved McClure, using his last $20 to buy gasoline for her. The site stated ‘funds are being sought to take Bobbitt off the streets and cover his living expenses, setting the goal at $10,000.’ D’Amico took the photo of McClure and Bobbitt standing at the Girard Avenue exit ramp off Interstate 95 in Philadelphia for the website. In fact, McClure had never run out of gas, nor had Bobbitt ever spend his last $20 on her.

D’Amico and McClure would conspired to make up false stories in order to get donors to give money. The story was rapidly picked up by local and national media outlets, went viral, and raised about $400,000 from over 14,000 donors in less than three weeks.

A total of $25,000 of that money was transferred to Bobbitt who is homeless. The rest of the money was blown over three months by D’Amico and McClure on a BMW, Vacations to Vegas, Louis Vuitton bags and Gambling.

For his role in the scam Johnnie Bobbitt was forced to enter a drug-rehab program. After a guilty plea of ‘deception in the second-degree’.

Although the money was taken by the scammers the platform, GoFundMe, refunded all 14,000 donors their money.