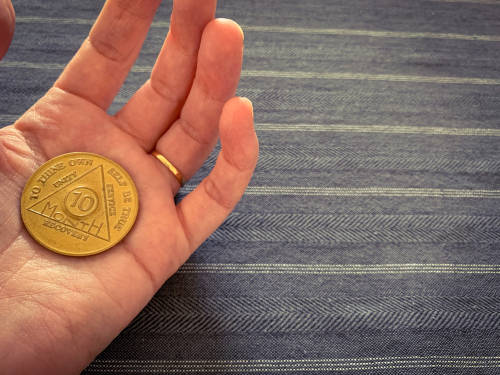 A suspect shot a man and took a woman hostage at a Narcotics Anonymous meeting in Edgewater, Florida. The victims were identified as Ian Greenfield, 59, and Erica Hoffman, 33, and the suspect, Quinton Hunter, 49, who went by the nickname “Rags”.

Quinton Hunter brandished a gun shortly after entering the Monday night meeting, and shot and killed two people before going live on Facebook.

Police claim that the live stream of this crime was extremely strange to watch. They could mostly only hear heavy breathing, and Hunter didn’t speak on anything that he was doing while holding these people hostage.

He had a violent criminal history, and investigators were trying to figure out the relationship between Hoffman and Greenfield. Police say Hunter shot Greenfield after his ex-girlfriend Hoffman started a new relationship with another woman.

Hunter shot a man and took a woman hostage at a Narcotics Anonymous meeting in Edgewater on Monday night. The rest of the people at the meeting were able to successfully escape.

When a SWAT team entered the building in response to this emergency, they found three people dead- including the suspect. The suspect wouldn’t communicate with the police when he was holding the victims hostage.

3 people dead after Edgewater Police say a man shot another man at a Narcotics Anonymous meeting, then took a woman hostage. When SWAT team went in, they found original victim, woman, and shooter dead. #WESH pic.twitter.com/XbvDiJJh6k

Police are calling the incident a double murder-suicide. Hunter has several arrests and criminal charges in Missouri.

For additional insight on this story, check out the news outlets listed below to stay in the know.