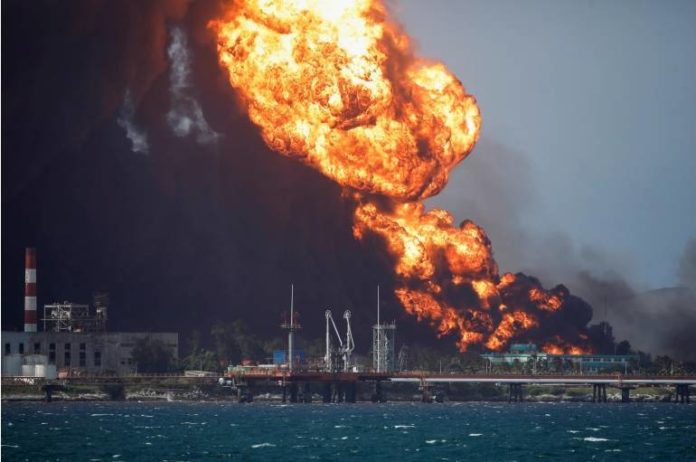 Cuba had made progress fighting off the raging flames during the weekend after drawing on help from Mexico and Venezuela.

Mario Sabines, governor of the Matanzas province, compared the situation to an “Olympic torch” going from one tank to the next, with flames and billowing black smoke making tackling the problem “complicated.”

One firefighter has died, and 16 people are missing, all from Saturday’s explosion at the second storage tank. More than 120 firefighters have been injured.

The heavily US-sanctioned country has been suffering from blackouts, gas, and other shortages, and the fire could affect the discharge of a tanker carrying Russian crude next week.

A tanker carrying Russian crude to Matanzas, identified by Refinitiv Eikon monitoring service, is unlikely to be able to discharge next week even if docks are not affected by the fire because of possible damage to tanks, pipelines, and valves, analysts said.

At noon on Monday, authorities announced the country’s most important power plant, located about a kilometer from the fire, had been shut down due to low water pressure in the area.