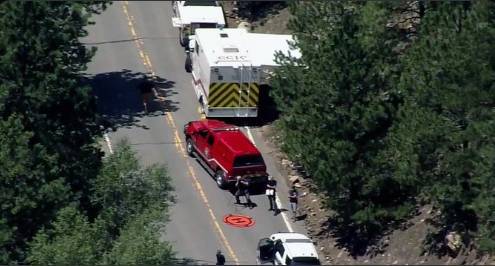 Approximately half an hour north of Boulder, a single-engine Cessna 172 collided with another aircraft at Vance Brand Airport in Longmont.

According to the FAA, two people were on board the Cessna 172, and the number of people aboard the Sonex Xenos, identified by the National Transportation Safety Board (NTSB), is unknown.

According to the Boulder County Sheriff’s Office, both passengers in the Cessna 172 died at the scene. One occupant in the other aircraft was also reported deceased upon the arrival of first responders.

First responders discovered two crash sites on the scene, according to the Boulder County Sheriff’s Office.

Both aircraft were found near Niwot Road, with the first on the south side and the second on the north side.

There is no information on who died in the crash, according to police. The FAA is still investigating the cause of the collision, but it has been reported that weather could have played a role.