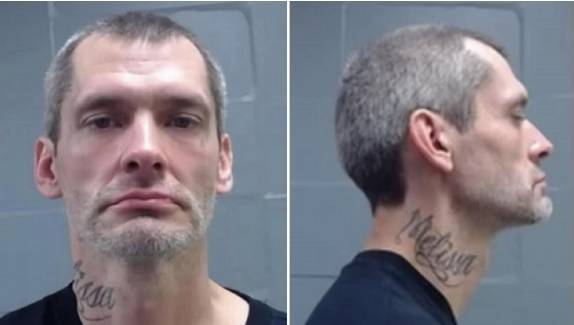 An escaped inmate who escaped from a prison in South Carolina is being hunted by the U.S. Marshals Service, the FBI and multiple law enforcement agencies in Lexington County, South Carolina.

According to the U.S. Marshals Service, Shaun Wiles, 43, fled the Clarendon County Detention Center around 1 a.m. on Nov. 10, where he was being held on a “dangerous drug charge.”

A reward of up to $5,000 is being offered for information leading to his arrest.

From the Detention Center, K-9s were used to track the fugitive.

“The subject was spotted in the trunk of a car shortly after daylight by a homeowner as she placed a trash bag in the trunk,” the Clarendon County Sheriff’s Office wrote on Facebook last week. “The subject fled on foot into the woods.”

According to the sheriff’s office, a farmer reported his pick-up truck stolen, and “it was determined that the subject involved in the theft was actually the escaped prisoner.”

The law enforcement community no longer believes Wiles is hiding in Clarendon County, which lies outside Columbia.

The police have described Wiles as a white male around 5 feet 10 inches tall and weighing 160 pounds. He has gray and black hair and a tattoo saying “Melissa” on the right side of his neck, they said.