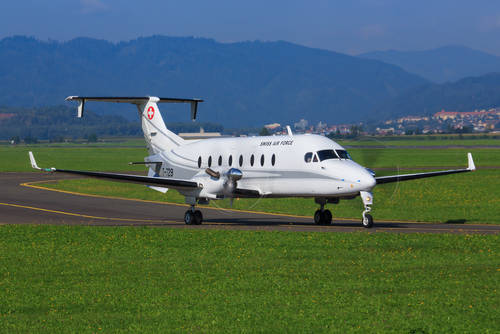 A worker at an airport who stole a twin-engine plane Saturday morning and threatened to crash it into a Mississippi Walmart was arrested after he eventually landed in a field, police said.

Cory Wayne Patterson, an employee with Tupelo Aviation for the past 10 years, stole a Beechcraft King Air C90 twin-engine aircraft and took off from Tupelo Regional Airport at 5:08 a.m. local time, police said.

Patterson called 911 from the plane and said he would crash into the West Main Walmart in Tupelo, Mississippi. The police convinced the pilot to land at Tupelo airport, but he aborted the landing and traveled northwest.

Soon thereafter, the Walmart and surrounding areas were evacuated. Numerous major streets in Tupelo were shut down as well, according to the chief.

Eventually, after four hours of circling, Patterson ran out of fuel and decided to bring the plane down. Landing it in a field. At which time, law enforcement, including members of local police, FBI, and the FAA were on the scene.

Governor Tate Reeves has this to say:

The plane over North MS is down. Thankful the situation has been resolved and that no one was injured. Thank you most of all to local, state, and federal law enforcement who managed this situation with extreme professionalism.

Fore more on this story, please consider these sources: