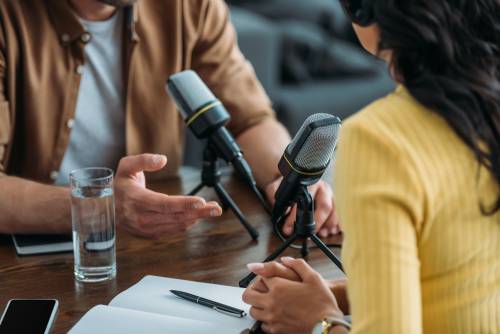 Michelle Saum Schofield, 18, had been stabbed 26 times and was found in a drainage canal three days after her shift at a burger drive-in.

Leo Schofield was arrested, convicted of first-degree murder, and sentenced to life in prison in 1989 despite unwavering denials and no physical evidence linking him to the scene. Gilbert King learned about Leo Schofield’s case from a Florida judge and started investigating the “clear miscarriage of justice” in which Schofield was wrongfully convicted.

The Florida Department of Law Enforcement revealed that Jeremy Lynn Scott was the real culprit responsible for Michelle’s murder. Scott gave a detailed confession about Michelle Schofield’s slaying in the ninth and final episode of “Bone Valley,” a true-crime podcast.

When Scott first met Michelle, she spotted him sitting in the rain while she was on the phone. After her call, she offered to give him a ride so that he wouldn’t be sitting outside.

Scott killed this woman who had shown him kindness and wrapped her body in plastic to protect her from being torn apart by gators. During the podcast recording, he admitted to being haunted by the murder he committed.

Scott told the podcast host, “I dream, I wake up, I turn over, I see a dead body sleeping next to me.” He added, “I sleep with dead bodies every night when I go to bed. That’s my punishment.”

Leo Schofield, the man who was arrested for Michelle’s husband, was her husband. After being accused of a crime he didn’t commit, he finds solace in a letter written by Jeremy Scott admitting to killing Leo’s wife. The letter is kept with him at Hardee Correctional Institution in Bowling Green, Florida.

Jeremy Scott admitted to stabbing Michelle Schofield in 2016, but contradicted himself a year later, saying he didn’t do that after seeing crime-scene photos. A judge denied Schofield’s motion for a new trial, and Schofield’s husband said Scott is a “pathetic human being” who made poor choices amid a rough upbringing.

During the podcast, Scott also sheds light on the still-unsolved 1987 homicide of Joseph Broward Lavair, confessing to shooting the cab driver three times and dumping him on the side of a road.

Daniel Otte, then 19, was charged with Lavair’s slaying, but was ultimately acquitted by a jury following a mistrial.

Leo Schofield’s legal team is working to prove his innocence. The Innocence Project of Florida is reviewing the podcast that contained Scott’s confession to determine the best way forward.