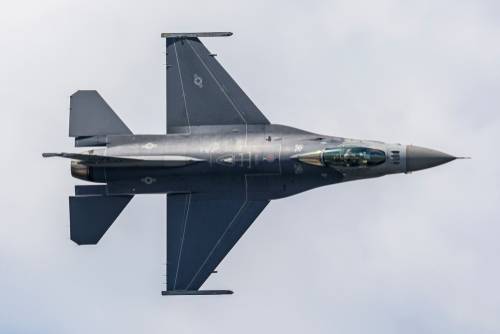 According to reports, a plane from Columbus Air Force Base crashed in Lowndes County, Mississippi, on Monday afternoon.

An Air Force T-38C Talon aircraft from Columbus Air Force Base in Mississippi crashed near Whispering Pine Road at 1 p.m. CST following an in-flight emergency, according to a statement from the base.

According to the statement, there were no fatalities, and emergency personnel were dispatched from the base.

After ejecting from the plane, the pilot was transported to a hospital in the area.

In response to the incident that occurred today, U.S. Colonel Jeremy Bergin, Vice Commander of the 14th Flying Training Wing, said, “We continuously train our pilots to react appropriately in emergency situations.” It’s a pleasure to have the pilot eject safely, and we appreciate the continued support of our community partners and the Columbus community.”

Multiple military aircraft have crashed this year. Leaving some to wonder if the Pentagon is taking aviation safety serious enough.

A Lemoore, Calif., F/A-18E pilot died in a crash on June 3 in San Bernardino County, and five Camp Pendleton Marines died in an MV-22B Osprey crash in Imperial County on June 8.

Immediately following the crashes, both the Navy and Marine Corps ordered aviation units to “pause” and “stand down” for one day to conduct additional training and review procedures.

There have been no changes made to the aircraft or operations by the Marines or Navy except for the training pauses. Until the investigations are complete, lessons from the two Osprey crashes will not be implemented, according to a Marine spokesperson.

The crash of the Talon T-38C in Missippi falls under AIr Force purview. The cause of the emergency is still under investigation.