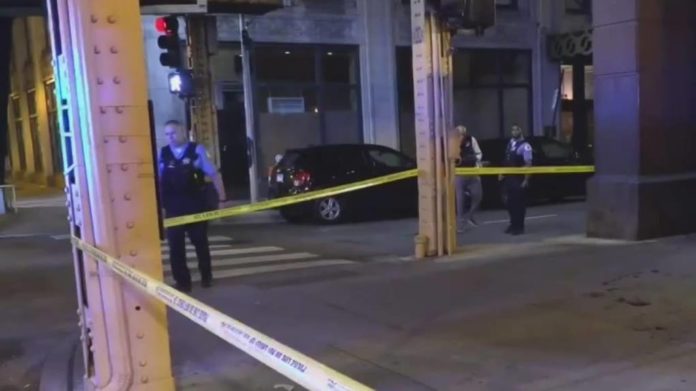 Police are searching for the person responsible for a deadly stabbing that occurred on a street in Chicago. A 41-year-old man was found with multiple stab wounds, but no explanation as to how it might have happened or even a description of who might have done it.

The deceased man stabbed in the Loop on Tuesday night, Chicago police said. The stabbing adds to a recent trend of crime around this area that has commuters concerned.

Police found the 41-year-old man with multiple stab wounds in the 100-block of West Van Buren Street. He was transported to Northwestern Memorial Hospital, where he was pronounced dead.

The victim of this stabbing crime was Jeremy Walker. Police believe that he was likely killed in an attack by an offender with severe road rage. When he was found, Walker had several gruesome stab wounds in his neck.

Seven homicides have happened in the Loop so far this year, accounting for just 1% of homicides across the city. But the recent trend is still worrying many people who live and work here.

The incident is the second deadly stabbing downtown in just two weeks. The other victim that died last week was driving a moped when he was involved in a fatal stabbing incident.

For additional information about this fatal stabbing, please consider the news outlets listed below. Checking out these sources will help you stay in the know.