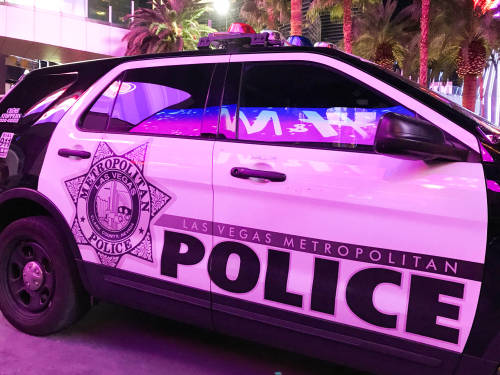 German spent months reporting on Robert Telles’ oversight of the office he oversaw and filed public records requests for emails and text messages between Telles and three other county officials.

German, 69, was found dead outside his home on Sept. 3. Police believe he was fatally stabbed during an altercation the day before.

A suspect wearing a wide straw hat, gloves and a bright orange long-sleeved shirt was captured on camera, and a vehicle matching the description of Telles’s was spotted at his home.

German reported that Telles fueled a hostile work environment and carried on a relationship that impaired the office’s ability to deal with the public. Telles denied the accusations and accused German of preparing “lying smear piece #4”.

The Review-Journal’s first investigative story on Telles was published in mid-May. The story described a 19-page confidential retaliation complaint filed with the Clark County Office of Diversity by estate coordinator Aleisha Goodwin.

German reported that top Clark County managers hired a former coroner to tackle friction in Telles’ office after multiple claims of bullying and favoritism. Telles posted a scathing letter on his election website attacking the Review-Journal and its reporting.

Telles called German a bully and claimed that he was obsessed with him. Because of the reporting Telles ended up losing his primary race and said he was gong to return to private practice in probate law.

Telles remains in office through the end of the year, his whereabouts at the time of the murder are unknown.

The Review-Journal’s executive editor said Jeff German never communicated any concerns about his personal safety to anyone. His murder came as a severe shock to all of the staff at The Review-Journal.