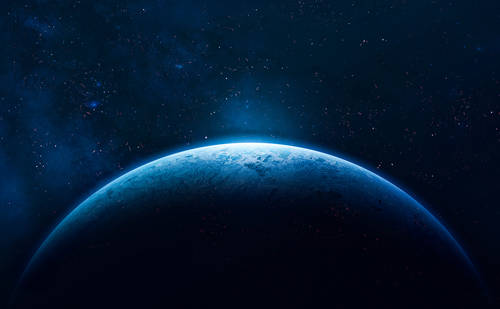 NASA’s James Webb Space Telescope has captured the first clear evidence of carbon dioxide in the atmosphere of an exoplanet, 700 light-years from Earth.

This latest finding has been accepted for publication in the journal Nature. It will provide insight into how planets form and the uniqueness of our own solar system.

The Webb telescope launched on Christmas Day 2021 and is currently orbiting 1.5 million kilometers from Earth. It will study the beginning of time more closely.

Researchers saw a small hill in the spectrum of the planet’s atmosphere between 4.1 and 4.6 microns – a “clear signal of carbon dioxide”.

The Webb telescope allows researchers to measure the abundances of gases in exoplanet atmospheres by examining small differences in brightness of the transmitted light across a spectrum of wavelengths.

NASA’s Hubble and Spitzer telescopes discovered water vapor, sodium and potassium in the planet’s atmosphere. The JWST telescope showed an unequivocal carbon dioxide feature that was so prominent it was practically shouting at us.