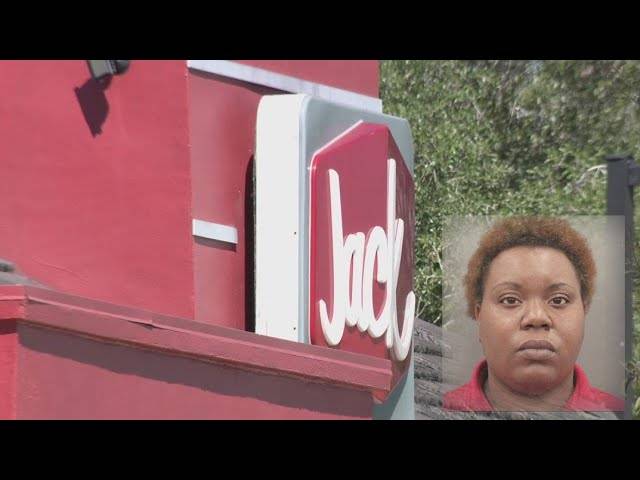 A married couple say a Jack in the Box employee yelled at them to leave and then pulled a gun.

Anthony Ramos was working to restore power in Texas when his pregnant wife and 6-year-old daughter flew in to visit from Florida. They stopped at a Jack in the Box restaurant, where a worker shot at their car in an argument over missing curly fries.

The employee working the drive-thru became upset and started throwing items into the family’s car.

The worker shot at the car as Ramos’ child and pregnant wife were inside, shaking them, according to the lawsuit. She was arrested and charged with deadly conduct, and a man she had called to come pick up the gun was also arrested.

Ramos’s lawyers filed suit against Jack in the Box and its franchisee A3H Foods in part to raise awareness about the hiring practices of the fast food chain. The family is suing Jack in the Box and A3H Foods for negligently employing an incompetent worker and putting the safety of customers of the restaurant in jeopardy.

To learn more about this drive-thru shooting at Jack in the Box, please consider the news outlets listed below to stay in the know.