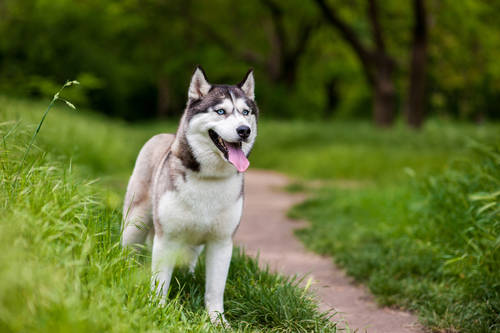 Amber Barnes was charged with animal cruelty after shooting a 6-month-old husky. The woman posted pictures of herself on the internet with the creature after she had killed it.

Amber Rose Barnes, 36, of Martin City, Montana, was trolled by thousands of social media users after killing a Siberian husky pup. She avoided being charged with a hunting violation because the incident did not involve an animal under the agency’s jurisdiction.

Barnes provoked fury online when she posted a series of graphic images of herself with a dead “wolf” pup. Her post read, “This morning I set out for a solo predator hunt for a fall black bear, however I got the opportunity to take another predator wolf pup.” She included five photos of herself with the bloodied pooch.

When she was met with negative responses, she defended the kill. I a follow-up post, Barnes told Facebook users she’d do it again.

When she shot a Husky in Flathead National Forest, the hunter believed it to be a wolf. Barnes’ partner, Frank Tallent, also leapt to her defense and minimized her mistake.

The husky was among 18 dogs and puppies abandoned on national forest land in northwestern Montana in mid-September. Tallant claimed that the kill was not a big deal considering that she shot a dog that was already dumped out in the woods.

Despite the woman being cited for negligence, she was not cited for intent to cause harm. This animal was growling, howling and coming at the woman, and she claims she shot it because it was aggressive and coming directly for her.

Authorities worked to determine whether Barnes had a license to hunt wolves, which she said she did.