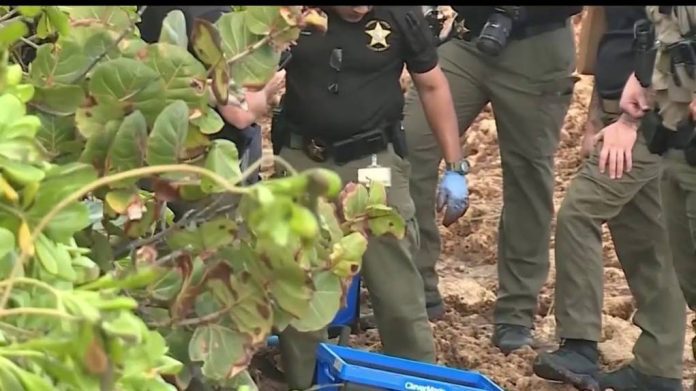 A hurricane is being credited for unearthing human remains that could date back to 500 B.C.

Authorities found six human skulls and several small bones in the rocks along the beach on Thursday. The area is an ancient Native American burial ground, and people are otherwise forbidden from digging for ancient artifacts or human remains, according to officials.

Martin County officials launched an investigation after these human remains were unearthed on the island so that they could find answers regarding who they belonged to.

Investigators believe the remains are from the Ais Tribe, who lived on Hutchinson Island until the 1700s. This ancient cemetery hosted their remains, undisturbed, for centuries. The bodies will undergo age and DNA testing, and if positively identified, will be sent to a university for further historical preservation.

Representatives of the Seminole Tribe of Florida said they were disappointed their ancestors’ remains had been disturbed and asked that they be treated with the utmost respect. They don’t want any of the buried bodies to be unnecessarily disturbed.

This isn’t the only instance of extreme weather recently unearthing human remains. Authorities have reported finding six sets of human remains along dwindling Lake Mead during the past six months, which are being investigated by the Clark County Coroner’s Office. These bodies have been discovered as a severe drought continues to shrink the lake.