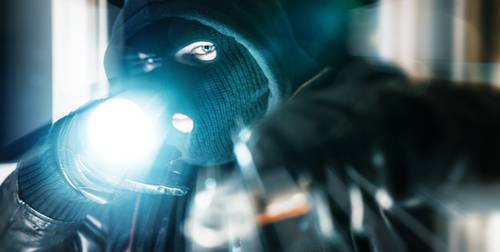 The group of Temple University students experienced a robbery early Friday morning by two masked men. They said they were woken up by a knock at the door, and realized once the men entered the room that something is deeply wrong.

A gunman entered a couple of rooms, and made one of the students go and wake up the rest of the roommates. However, as the events continued to unfold, the students soon figured out the men were not in the right location.

The thieves kept asking about drugs and were evidently told that they would come across a significant amount of illegal substances if they broke in.

The suspects locked all 11 students in the basement for over an hour as they rummaged through the victims’ home. Those that were locked up included not only the six female residents, but three of their boyfriends and two of their female friends.

The women said the armed thieves made them open their phones and sign out of their iCloud and remove their passwords.

Fortunately, they still had a lifeline amidst all the chaos that could reach the outside world for help. They were able to get their laptops and message anyone they could think of to call 911.

The robbers took credit cards, cellphones, cash and a TV, police said. They drove off in a silver Lincoln MKZ with Pennsylvania tag KMF-1560.

Though the Temple University students were robbed at gunpoint at their off-campus property, none of the victims involved were physically injured.

According to a statement released by their school, the safety of the Temple community remains the university’s top priority.

The female residents told news outlets that they heard of a similar incident happening to other students recently. When they saw the masked men approaching, they shared with each other that this seemed to be their time.