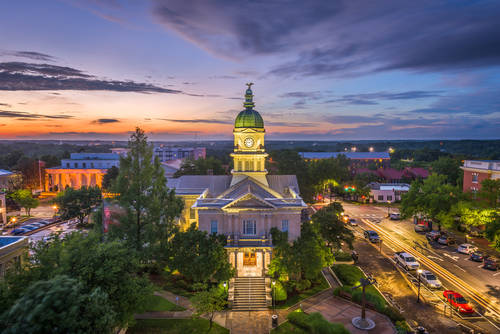 Richard Sigman was arrested after police said he shot and killed Anna Jones while shooting at a car at a courthouse parking deck.

Anna Jones, who was supposed to start school at the University of West Georgia, was fatally shot early Saturday morning. It is unclear who the intended target was.

Richard Sigman was a West Georgia Professor who got into a fight at a restaurant where he was dining.  He was armed and told the man he was arguing with he was going to shoot him.  That is when security at the restaurant asked him to leave.

Sigman then walked to the parking garage near the restaurant and fired shots into a parked car where Anna Jones was sitting.

There is no apparent connection to Anna Jones, the professor,  or the man he was fighting with right before the shooting.