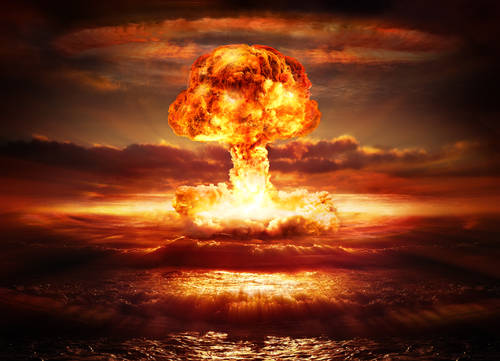 The United Nations chief warned that “humanity is just one misunderstanding, one miscalculation away from nuclear annihilation” at a high-level meeting to review the landmark 50-year-old treaty to prevent the spread of nuclear weapons.

Japanese Prime Minister Fumio Kishida said divisions worldwide since the last review conference in 2015 have become more remarkable. Russia’s threat to use nuclear weapons in the Ukraine war has contributed to worldwide concern.

Anthony Blinken said Russia uses Europe’s largest nuclear power plant in Zaporizhzhya as a military base. Still, Russia’s delegation to the NPT strongly rejected this claim, saying a limited number of service members are there to ensure safety and security at the power plant.

The secretary-general said the month-long review conference is taking place at a time of nuclear danger not seen since the height of the Cold War. He warned that geopolitical weapons are reaching new highs. Thirteen-thousand and counting, and countries continue seeking “false security” are spending hundreds of billions on “doomsday weapons.”

“All this at a time when the risks of proliferation are growing, and guardrails to prevent escalation are weakening,” he said, “And when crises — with nuclear undertones — are festering from the Middle East and the Korean Peninsula to the invasion of Ukraine by Russia, and many other factors around the world.”

Guterres called on conference participants to take several actions to eliminate nuclear weapons, including reducing arsenals, addressing simmering tensions in the Middle East and Asia, and promoting the peaceful use of nuclear technology.

The Nonproliferation Treaty (NPT) is a 1970 treaty signed by the five original nuclear powers. It has been in force since 1970 and has been credited with limiting the number of atomic newcomers.

Lewis said countries participating in the review conference would have a difficult decision. They will have to address Russia’s behavior and threats, which risks dividing the treaty members.