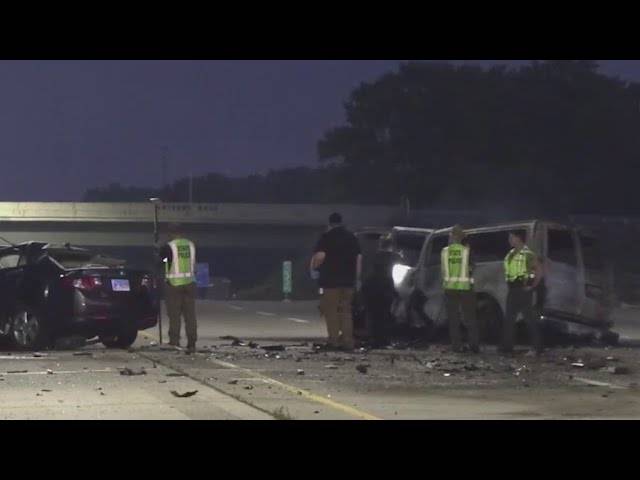 A mother and her five children were among seven dead in a wrong way crash on I-90 near Hampshire, Illinois. The family’s minivan was completely charred after the crash.

A sole survivor of the crash remains hospitalized. Thomas Dobosz, 32, is the husband and father of the victims that died in this wrong-way crash.

Investigators said just after 2 a.m. Sunday, a 22-year-old woman driving a gray Acura was driving in the wrong direction. She collided head-on nwith a blue Chevy van driving westbound on I-90 near Hampshire. Both cars became totally engulfed in flames.

Lauren Dobosz, 31, was the mother of four of the victims in the minivan. She was found dead at the scene. One of the eldest daughters had a friend with her in the vehicle when the crash occured.

Lauren Dobosz’s co-worker Kenny Felton said she loved her kids and her husband and that she would be missed.

Lauren started working at Lulu’s Gaming in Rolling Meadows two months ago and was creative and always willing to help. She loved making T-shirts for the crew and her husband was involved with the football team.

The police are still trying to figure out why Fernandes was going the wrong way. A second semi-truck crashed into the first one, causing minor injuries.

For more updates on this story, please consider the news outlets listed below to stay in the know.