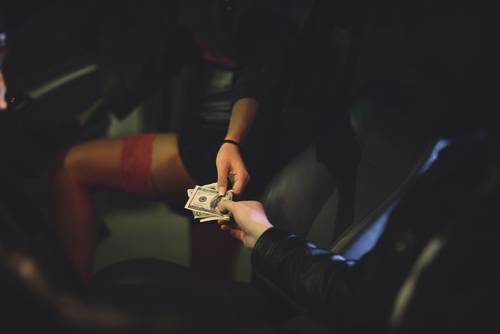 The indictment states that Brooks provided an apartment in Kansas City where he, Roberson, and Robinson threatened, beat, and sexually assaulted young women in order to “compel” them to provide sexual services to men.

According to a press release from the U.S. Department of Justice, Golubski allegedly accepted money from Brooks. In exchange, Golubski provided protection from law enforcement for activities, such as sex trafficking. A young woman named Person 2 was also allegedly raped by the former detective.

The four men were all indicted for conspiring to hold young women for servitude, including Person 1 and Person 2.

According to the charges, Brooks, Roberson, and Robinson held Person 1 and forced her to give Roberson sexual services.

A third count is filed against Brooks, Roberson, and Golubski, who allegedly forced Person 2 to perform sexual services against her will.

In the event all four men are convicted, they would face a maximum sentence of life in prison.

Together with the Kansas Bureau of Investigation, members of the FBI Kansas City Field Office investigated the case.

The case will be prosecuted by Stephen Hunting, an assistant U.S. attorney in Kansas, and Tara Allison, an attorney with the Justice Department’s Civil Rights Division.

The DOJ says the investigation is ongoing, and anyone with information should contact the FBI at 1-800-CALL-FBI.