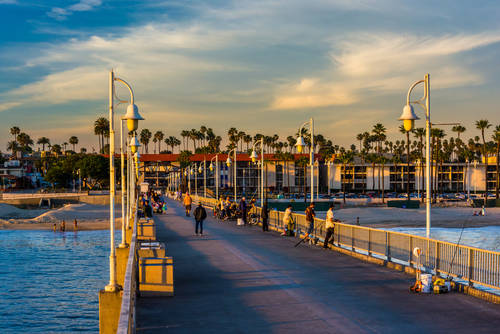 On Monday morning, authorities say one person was killed and three others were injured in stabbing attacks at multiple locations in Long Beach, California.

According to the Long Beach Police Department, a suspect has been arrested, but the department has not been able to confirm that all the incidents are connected.

A woman was found suffering from stab wounds to her upper body shortly after 5:30 a.m. at the 1100 block of Atlantic Avenue. She died at the hospital.

As the day progressed, officers responded to various locations throughout the city.

A man was found bleeding in the 700 block of Olive Street just before 6:30 a.m. He was taken to a hospital with non-life-threatening injuries. At around 7:05 a.m., two other men were found with stab wounds to the upper body near Ocean Boulevard and 4th Place.

Two victims were treated at the scene for non-life-threatening injuries, while one was taken to a hospital.

During a press conference Monday morning, the department’s Michael Pennino reported that a man, who was believed to be homeless, was arrested with a knife near the last stabbing scene. Investigators are still trying to determine if this man was involved in all the stabbings and whether they were all carried out by the same individual.

There is no active threat to the public, according to authorities.