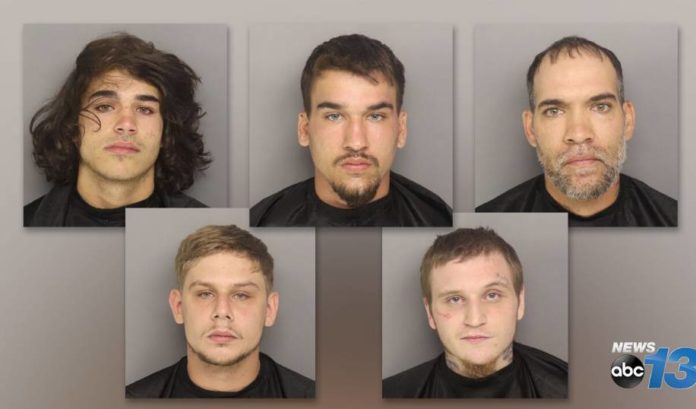 Assault, Attempted Murder, and Battery Are Just Some Of The charges Five South Carolina Men Face

Multiple South Carolina men suspected of murder are now believed to have filmed themselves brutally attacking the homeless. Three men were charged in connection with the early July shooting of 31-year-old Joshua Matthew Garrett. Now two more are implicated in a range of crimes as well as the original three suspects.

A group of men attacked homeless encampments in the San Souci area of Greenville County, Georgia, between October 2021 and June 2022, beating the victims unconscious and shouting obscenities. Some victims were beaten unconscious as the other assailants cheered them on while possessing firearms.

The charges on each man currently are:

Each of the victims’ faces is blurred in the hard-to-watch videos. They never fight back.

Police are still seeking additional victims that may be out there. There is at least one in the video who is currently unaccounted for and there may be more not appearing in the evidence the officers have obtained so far.