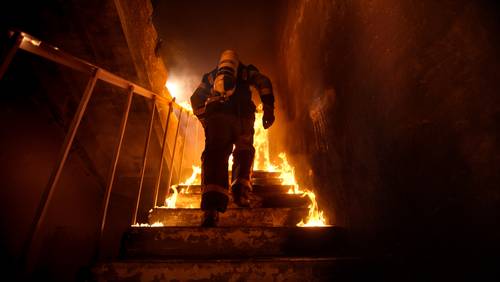 Firefighters Daniel Sniegocki and Michael Zlote have been accused of lying on their report of a fire that caused the death of two children. Several weeks after the fire, an investigation uncovered the truth about whether they were properly sweeping for victims.

The children were found only 7 minutes later by other firefighters that were at the scene, but the damage had been done. Both of the kids later died from smoke inhalation.

Another Flint firefighter, who didn’t want to use his name, opened up about the incident for the first time on Friday. He said the way the two boys were portrayed in the fire chief’s report is inaccurate.

The reports from the two firefighters claimed that they searched and cleared every room in the house. One of them mentioned that the flames were mostly out when he entered the home, but it was full of smoke and difficult to see.

However, their negligence cost the lives of two young boys that were trapped in the fire. The boys were eventually found in a small bedroom on the second floor, a location that Sniegocki and Zlote already claimed to have thoroughly checked.

Flint Fire Department Chief Raymond Barton did his own investigation on the firefighters to determine who was telling the truth. The firefighters claimed that they filed an accurate report, however, there were key details missing that would indicate a thorough sweep of the second floor. Neither of them mentioned anything about a bed or the location of items in the room.

Barton’s investigation deemed the reports to be inaccurate, and that they were indeed fabricated.

The fire chief determined two firefighters should be terminated after this incident occurred in July. However, the city instead accepted the resignation of one and “disciplined” the second.

The anonymous firefighter said the chief’s report was poorly handled, and the city administration’s handling of the fire is “disgusting.”