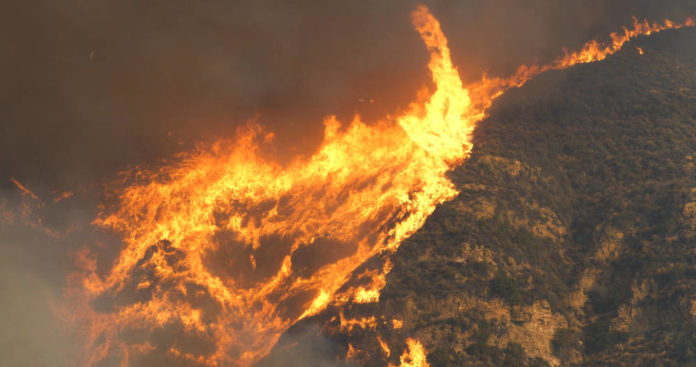 The Sheep Fire grew from 35 acres Sunday morning to 775 acres by the afternoon, according to InciWeb. The fire is only 5% contained.

The fire began on Saturday evening in the Angeles National Forest, one of the driest, most fire-prone areas in the United States.

California has become a hot spot for mega-fast spreading fires in the last six years as a 20-year mega-drought has ravaged the western United States.

The California Department of Forestry and Fire Protection (CAL FIRE) had this to stay about the current year:

“California continues to experience longer wildfire seasons as a direct result of climate change. Extended dryness originating from January is expected to continue into the spring with little precipitation, leaving most of the state in moderate to extreme drought conditions prior to summer. These continued dry conditions, with above-normal temperatures through spring, will leave fuel moisture levels lower than normal, increasing the potential for wildland fire activity.”

The US Forest Service’s fire chief for the Angeles National Forest said the Black Fire in Arizona and New Mexico is the state’s second-largest blaze in history.

The Federal Government recently claimed responsibility for that fire as a controlled burn that got out of control. Joe Biden said ‘the taxpayer’ will pay for New Mexicans to rebuild.