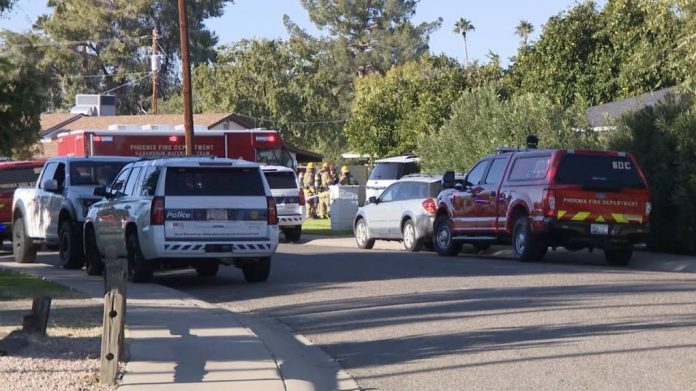 Marla Hudgens, 40, and Jasen Hudgens, 44, were both found dead after being shot in their home. They were both killed by Jasen, who murdered his family and then turned the gun on himself.

The Phoenix man shot his wife, his six-month-old twins, and his three-year-old son in this murder-suicide case, police said. The official cause of death of the four family members was still unknown by Friday.

Marla Hudgens was a partner at the Phoenix-based law firm Lewis Roca law firm before being killed by her husband. Marla’s friends said her marriage had become unhappy, though they could never have imagined something like this would happen. They said they had just talked to Marla Tuesday night, planning upcoming concerts and cruises together, with no inkling that her murder would be around the corner.

A neighbor said the couple were ‘completely wonderful neighbors’ and that they knew they had marriage struggles, but not to this degree.

The babysitter for the family found the parent’s bodies. She then called the police, who found open propane tanks and a gas line that was unattached from a kitchen appliance inside the home.

Police discovered five bodies in total inside, but their investigation was delayed as hazmat teams unlocked the scene so that there was no further threat. The incident was “a complete tragedy,” according to a police spokesperson. The victims inside showed “obvious signs of trauma”.

The sight of the crime scene was heartbreaking, especially for the first responders. Several of the firefighters that first arrived on the scene are reported to have been sent home to recover.

Phoenix Fire will connect first responders to a peer support program to help them cope with tough calls, and will also go into the neighborhood and help people who live nearby or knew the family. Neighbors are still grieving from the shocking horrors that took place inside that house.