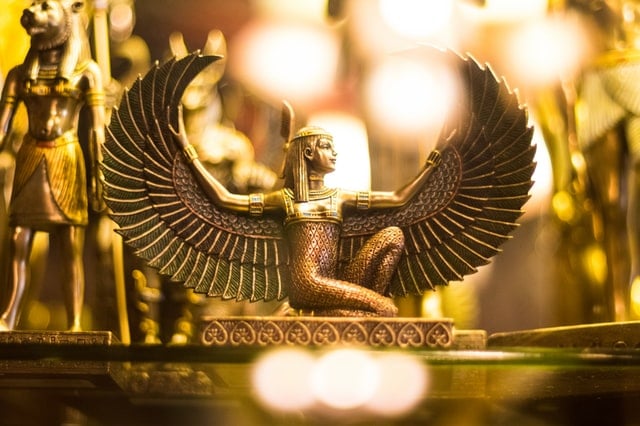 A farmer was plowing his seed into the earth when he discovered a 4,500-year-old sculpture of an ancient goddess of war.  Anat is the goddess of love, beauty, and war in Canaanite mythology.  The statue was located east of Khan Yunis, a city in the southern Gaza Strip.

The sculpture is the complete head of Anat with a Snake crown used to represent strength and invisibility.  Historians believe that the goddess was the inspiration for Athena, the Greek Goddess of War, often portrayed with snakes.

The statue measures 6.7 inches tall and is made of limestone, and dates back to 2,500 B.C, making it virtually priceless.  We do not know if Nidal, the farmer, will be compensated for his find or just given a ribbon and a gift card for The Olive Garden.