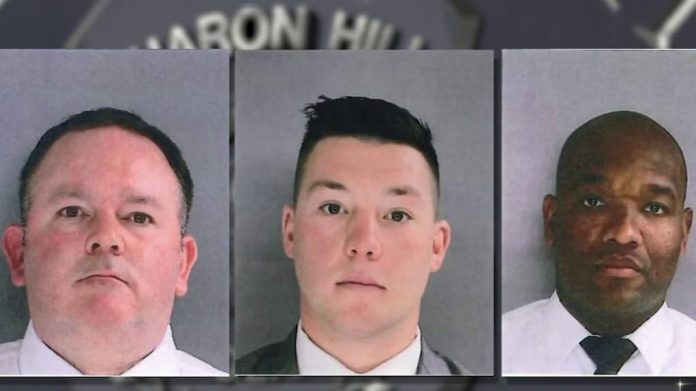 Three former Pennsylvania police officers pleaded guilty to reckless endangerment in the fatal shooting of an 8-year-old girl outside a high school football game last year. They were fired in January and are scheduled to be sentenced on Jan. 12, 2023.

On Aug. 21, 2021, the police fired 25 shots at a crowd outside the football field at Academy Park High School in Sharon Hill. Those gunshots killed 8-year-old Fanta Bility, wounded her older sister, and injured two other people in attendance of the game.

Brian James Devaney, 42, Sean Patrick Dolan, 26, and Devon E. Smith, 35 are the officers that pleaded guilty to the shooting. There were each originally charged with an additional one count of manslaughter.

The attorneys for the officers had been seeking to have the manslaughter charges dismissed for months, but the district attorney said the shooting was still a tragedy. Someone still needed to be held accountable for the loss of life.

The family of Fanta Bility agreed to a plea deal following “much prayer and discussion” and said that the agreements would allow the family and the community to “begin the healing process”.

Bility’s family says they support the District Attorney’s plea agreement with the officers, but believe Sharon Hill Borough should also be held accountable for failing to properly train officers.

Jack Stollsteimer, Delaware County District Attorney, said that initial murder charges were filed against two teenagers that were involved in the shooting. However, those charges were withdrawn after a grand jury investigation. One teenager has pleaded guilty to illegal possession of a firearm and aggravated assault.

The two teens that initiated the shooing outside the football stadium are Hasein Strand and Angelo Ford. Strand was the one who pleaded guilty, but Ford has not done so yet. However, Ford still does face charges of attempted murder, aggravated assault, as well as weapons violations.