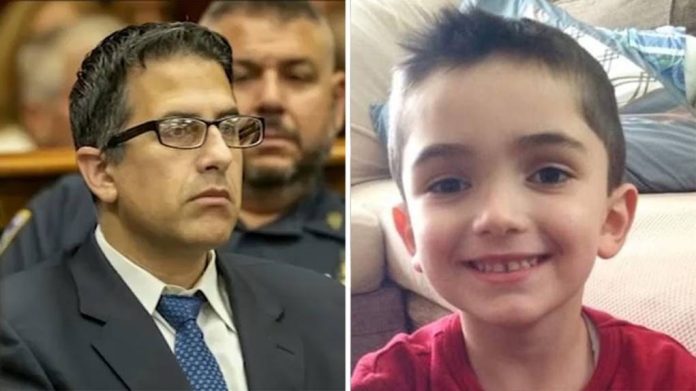 Michael Velva, an ex-NYPD comp, was found guilty of second-degree murder for killing his own eight-year-old autistic son. He was convicted after forcing the child to sleep in an unheated garage in 19 degrees in the dead of winter.

Young Thomas was on the autism spectrum. The child died of hypothermia after being forced by his father, Michael, to sleep in a freezing garage on a 19-degree night. Thomas’ body temperature was 76 degrees when he died.

However, Michael’s defense attorney argued something completely different. Michael LoTurco’s, Michael Vulva’s attorney, claimed that Michael’s then-fiancée, Angela Pollina, was to blame for the death of his son Thomas.

Investigators unraveled a disturbing series of allegations surrounding Thomas’ death, including extreme punishment, starvation, and being locked in a frigid garage for hours. Thomas’ mother condemned the family court system.

Valva’s attorney said that Pollina forced the boys to sleep in the garage multiple times for months, not Michael. The defense also argued despite parental deficiencies, Michael did not want Thomas to die.

Despite these claims, the jury was not swayed. Michael Zubko-Valva was charged with second-degree murder and child endangerment after his son Thomas died. The boy’s mother has also filed a $200 million civil suit against Michael and Pollina.

After the verdict, the Suffolk County District Attorney called the case “heartbreaking” and said the verdict gives young Thomas a small amount of justice. The jury found Michael Valva responsible for subjecting his sons to horrific abuse, neglect and cruelty.