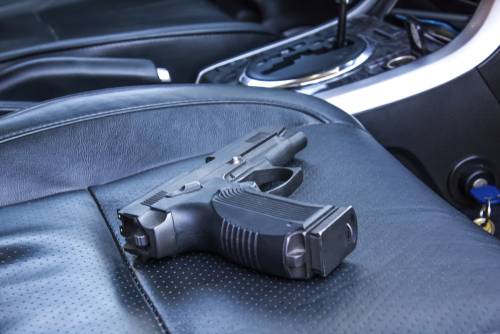 Sunday afternoon, 80-year-old Richard Skelskey was shot to death in Memphis, Tennessee. His family believes he was the victim of a carjacking after they said he had recently begun driving for Uber and Lyft to make extra money.

The gunshot wound that Skelskey endured was gruesome. He was shot in the back of the head, and his sister compared the killing to an execution.

Shelkey’s family members said that his car, his phone, and his wallet are still missing, but an arrest was made by MPD. Police said they would not release more information until the following day.

At 1:58 PM, officers responded to a shooting at Barron Avenue near Getwell. One male was transported critical to ROH. There is no suspect information at this time. Call 901-528-CASH with tips. pic.twitter.com/nhwoo4m6vH

The shooter that killed the ride-share driver also had a previous criminal history. Online records showed Gossett had charges like felony handgun possession dropped, and was convicted of lesser crimes. He was given a three-year suspended sentence and three years of probation.

Fellow Uber driver Steven Frith said he created a Facebook group called “Steve-O’s Uber and Lyft drivers of Memphis” to share safety tips with other ride-share drivers. He shared that the drivers are not allowed to carry weapons behind the wheel, so they need to find alternative ways to defend themselves in emergencies like the one that Skelsky experienced.

Steven Frith knows what it’s like to be vulnerable to a dangerous assault while working. He has been an Uber driver for four years and made over 4,000 rides. He said he was assaulted a few times and called the cops.