Taylor Schabusiness, A 24-year-old woman, allegedly killed and dismembered her lover during a drug-fueled sex session, then told police they were “going to have fun trying to find all of the organs” after the crime.

Investigators found dried blood on Schabusiness’ clothes and human remains in her van. They also found the head and a penis in a bucket with body fluid and knives.

The suspect told police she and her partner had been smoking meth and had sex using chains before she went “crazy” and began choking him.

She told police “you are going to have fun trying to find all of the organs,” because the woman used bread knives to dismember the body, according to the complaint.

Taylor Schabusiness appears to have the Instagram handle “championofhell” and one of the bizarre videos she posted features a costumed man walking down the street who says to a reporter “my favorite color is blood”. 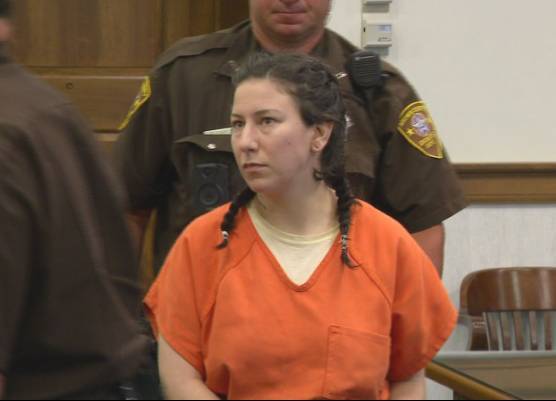 Schabusiness had recently been put on probation and managed to remove her electronic monitoring bracelet before the crime occurred but said very little during her court appearance Tuesday.

Last week’s harrowing crime was “one of the most serious offenses we’ve had in this county in some time,” said Assistant District Attorney Caleb Saunders.