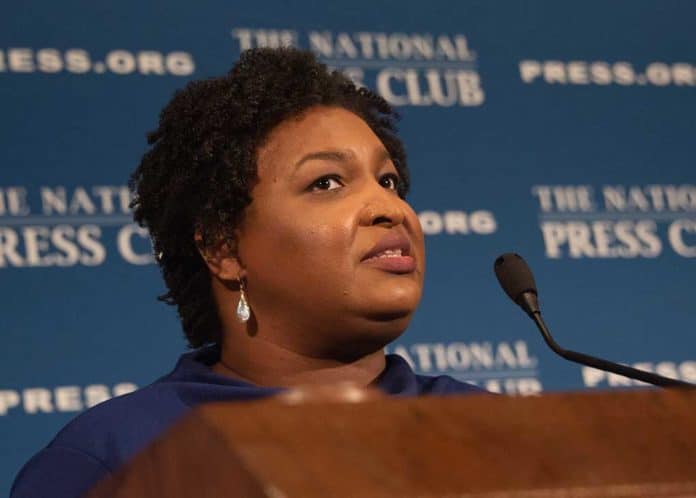 (InformingNews.com) – After the defeat of his much-touted Build Back Better agenda, President Joe Biden is turning his attention to passing federal election integrity laws. His latest stop is in Georgia, but one notable local politician is missing from the supporters welcoming him.

Stacey Abrams (D), a former Georgia State Representative and gubernatorial candidate, is known as a voting rights activist, which is why it’s curious that she isn’t attending the president’s event in her home state. President Biden and Vice President Kamala Harris visited Georgia on January 11 to speak about protecting the right to vote. Abrams had announced prior to the engagement that she would not be present, citing a scheduling conflict.

Abrams has cited a 'scheduling conflict,' but commentators are suggesting she has other motives for skipping Biden's speech. https://t.co/UpTzLeeWHI

Some people on Twitter felt that Abram’s snubbing of the Biden event was a reflection of the president and vice president. One user noted that since the former representative feels so passionately about the issue at hand, it appears her decision not to attend is a personal one against the White House. Tim Murtaugh, former Trump 2020 communications director, tweeted that it’s a reflection of the political toxicity of Biden.

Abrams is running again for governor, which would give her a reason to ensure she stays in the public’s good graces. The low approval ratings for the president and vice president may have given her pause and made her want to distance herself.

It’s also interesting that several groups known for advocating for election integrity also said they wouldn’t attend as a form of protest. Black Voters Matter co-founder Cliff Albright said the administration doesn’t have a clear plan and suggested this visit was merely a photo op.