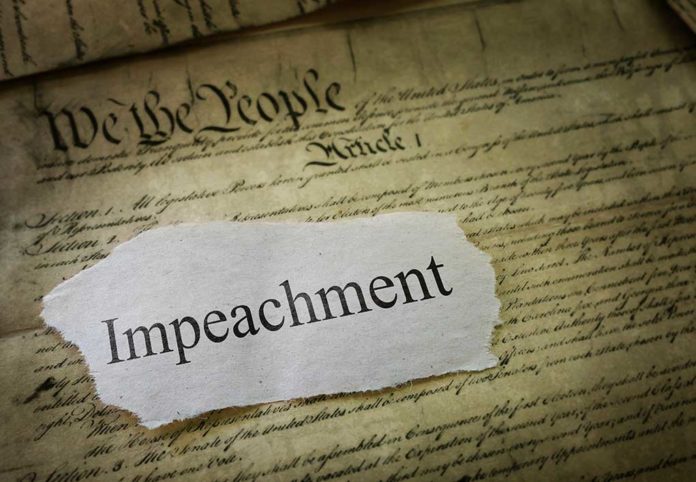 (InformingNews.com) – If the current political climate stays the same, the 2022 midterm elections are gearing up to form a red wave. In the event Republicans can reclaim the House and Senate majorities, there are murmurings that the Biden administration could be in serious trouble.

According to Senator Ted Cruz (R-TX), it is highly likely that if the GOP gains control of Congress, there will be a move to impeach President Joe Biden. Cruz made the statements in the December 31 episode of his podcast, “Verdict with Ted Cruz.”

Sen. Ted Cruz (R-Tex.) predicted Republicans would move to impeach President Biden “whether it’s justified or not” if they retake the House in this year’s midterm elections. https://t.co/j3d2lndomI

The senator did say the move will probably happen “whether it’s justified or not.” He was answering a question about whether Republicans would make the choice after seeing former President Trump go through the process two times during his four-year term.

Cruz went on to say Democrats made impeachment a weapon, and they are the ones who made it a partisan tool, so it should not surprise them when Republicans do the same. He explained, however, there are multiple legitimate grounds for impeaching Biden, including the border crisis.

On January 4, the White House responded to his comments. Press Secretary Jen Psaki said the senator should worry more about bipartisan work to fix the immigration issues plaguing the border than predicting the political future. What do you think? Should Biden face impeachment?