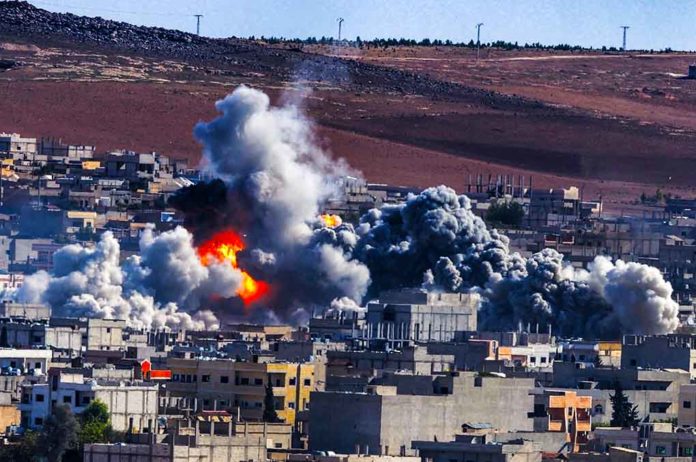 (InformingNews.com) – The Intercept recently interviewed Madogaz Musa Abdullah, whose brother died in a US airstrike in Libya in 2018. The publication also saw legal documents pertaining to Abdullah’s lawsuit against officials in charge of harm to the families. The plaintiff claims the people killed were not terrorists as the US suggested.

“AFRICOM killed 11 people on the basis that they were terrorists, but these young men were completely against terrorism,” the brother of one of the victims told The Intercept. https://t.co/pR1rIwAubr

On November 30, 2018, the United States Africa Command (AFRICOM) released a statement regarding an airstrike near Al Uwaynat, Libya where US forces worked with the Libyan Government of National Accord to take out a terrorist safe haven. AFRICOM said the operation killed 11 al-Qaeda terrorists and destroyed three vehicles. Officials stated there were no civilian victims.

Abdullah claims AFRICOM did not report the truth. He said his brother and the other victims were against terrorism, and the strike occurred without proper investigation or evidence.

He filed a lawsuit against Colonel Gianluca Chiriatti, the former Italian commander stationed at the US airbase in Sigonella, Sicily, to hold the official accountable for the bad operation. He claims the killings devastated the families, who had to bury their loved ones in a common grave and could not get death certificates. Abdullah claims the situation took a psychological toll on the relatives.

The obtained legal documents state the victims were part of the Libyan armed forces that had fought against terrorists and, in the past, worked with the United States. They were going home to Ubari to assist their community after a gang attack. The attack on them violated international regulations.

The US Department of Defense 2018 annual report addressed accusations that those who died were civilians and a year later dismissed it as not being credible information. AFRICOM spokesperson Kelly Cahalan told The Intercept they stand behind previous assessments that no civilians died in the airstrike.