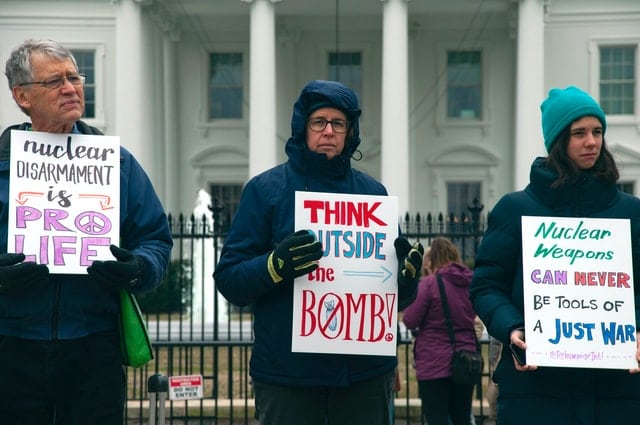 The war in Ukraine is becoming more extreme with each passing day.  The U.S. is committed to everything short of putting soldiers on the ground and U.S. Human-crewed aircraft into the air today.  With Congress clearing the way to “lend” or “lease” advanced weaponry directly to Ukraine, President Biden responded with an immediate request for $33 billion more in financial and military support.

Biden is committing to a long-term fight without “defeat” of either side.  In response, Russia’s dictator Vladimir Putin is amping up his verbal threats to the U.S. and other Western powers, promising the use of new weapons without saying “nuclear” while implying “nuclear.”  We are rapidly approaching a no return in relations with the Russians if we have not already hit that line.  The situation has almost put us back into the cold war fear mode of hiding in our basements waiting for a nuclear strike.

When we have “aged out” leaders on all sides of this equation other than on the ground in Ukraine, one has to wonder if the right people are making decisions for the future of the rest of the world to endure.  Regardless of your political alignment, you have to factor in what these guys have got to lose Putin and Biden will die near term; either way, it does not mean the rest of us to have to go with them.

Read more on this story at the following news sources: