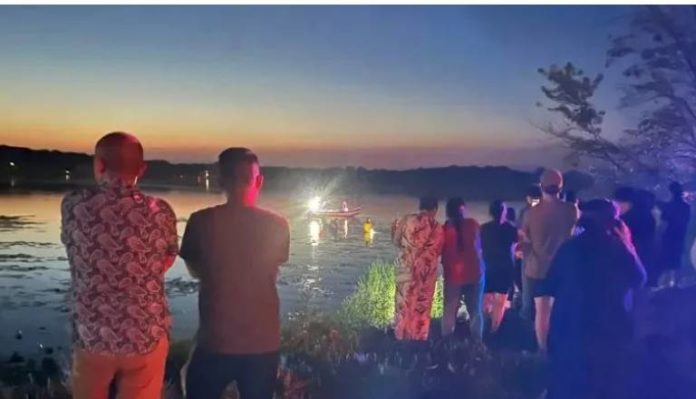 Suicide of Man Leads Police to Young Child’s Body In Vadnais Lake; Minnesota Police Are On the Search for Mother And Two More.

A father is dead from suicide and a mother is suspected of killing her three children, all under 5 years old.

Police responded to a report of a possible murder-suicide at Vadnais Lake, where they found one male child’s body and two other children missing. The mother of the three children is also missing, and her vehicle was found at the scene.  Vadnais Lake is 7 Miles North of St. Paul Minnesota

Police found an adult man dead at the scene of a reported suicide in Maplewood, where the family lived. The cause of death remained under investigation but suicide is assumed to be the cause of death.

The investigation revealed that the deceased man, his partner, and the three children lived together in the home where the man’s body was found. Police attempted to locate the mother throughout the day and found her car near Vadnais Lake where one child’s body was found.

Friday evening, multiple agencies searched for the mother and the rest of the children in the lake. Their car had numerous personal items, and the children’s shoes were found along the shore.