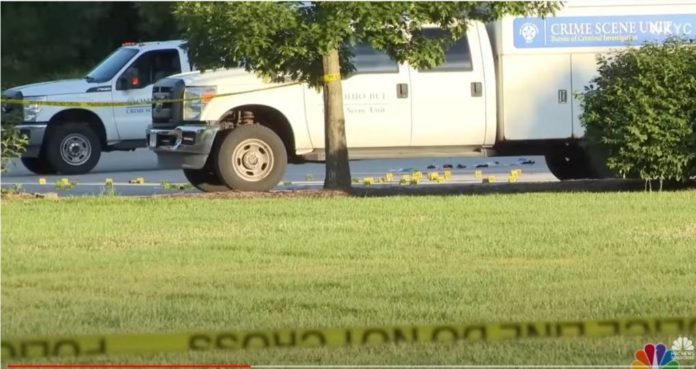 Protesters have gathered in Akron, Ohio, for four straight days to demand police accountability after a Black motorist was shot and killed by officers. The Akron Police Department will release body camera footage at a news conference on Sunday.

The Akron Police Chief said the department will release all body camera footage of the shooting and show it to Walker’s family before it’s released to the public.

Bobby DiCello, an attorney representing Walker’s family, shared details of the video before its release, saying it will show police shooting dozens of shots at Walker as he tried to run away.

The Akron Police Department said Walker refused to stop his vehicle and created a “deadly threat” during a police chase. In which he allegedly fired a weapon.  A gun and shell casings were recovered from Jayland Walker’s vehicle following the incident.

Traffic camera footage shows 10 cruisers following Walker at one point during the chase, and Walker was found lying on his back while in handcuffs. He had been shot in the face, abdomen and upper legs.

Walker was a loving person who dreamed of starting his own delivery business, family said at a news conference.

The Black Elected Officials of Summit County called on the U.S. Department of Justice to investigate Walker’s death and called for police reform and implicit bias training.