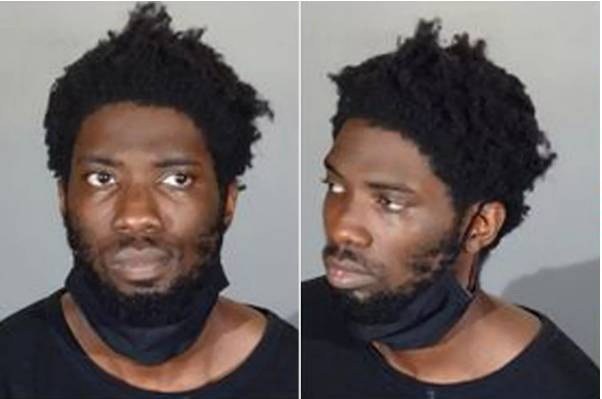 The murderer of Brianna Kupfer, a Los Angeles design student who was stabbed to death in an upscale furniture store in a random attack, intends to represent himself at trial.

A judge signed off on Shawn Laval Smith’s application to defend himself in the murder case after the 31-year-old was found mentally competent, a Los Angeles County District Attorney’s Office spokesman told Fox News.

It has been a bizarre spectacle in the courtrooms of several high-profile trials where defendants have represented themselves.

As part of his cross-examination of his own victims, Waukesha Parade killer Darrell Brooks was repeatedly escorted from the courtroom in Wisconsin for disruptive behavior.

All charges against Brooks were convicted last month.

During the afternoon of Jan. 13, Smith walked into Croft House with an extensive criminal record.

The UCLA graduate student, alone in the store, immediately texted her manager to report the man’s “bad vibe.”

Several minutes later, she was dead and stabbed 26 times.

At the time of the murder, Smith had an active warrant for assaulting a police officer.

Many critics fear that Gascón’s soft-on-crime policies are making Los Angeles streets unsafe, as he has been soft on crime.

Her father, Todd Kupfer, previously told Fox that the killer was supposed to be in jail not out on the streets.

In 2020, Gascón announced that his office would no longer seek life without parole sentences. He narrowly survived a recall attempt this year.

Prior to the policy change, prosecutors could add a special circumstances allegation to a murder charge, which could result in a life without parole sentence.

Following immense public pressure, Gascón reversed this policy and now allows prosecutors to apply to a commission for sentencing enhancements.

Smith is charged with one count of murder with a deadly weapon, Fox News Digital has learned. The commission approved the special circumstances allegation in Kupfer’s case.

According to the amended complaint, Smith “intentionally killed the victim while lying in wait,” which is the special circumstances allegation.

As a result, Smith will now face life in prison without the possibility of parole if he is found guilty.

Smith could have served as little as 17 years with time off for good behavior without the enhancement.

Smith will return to Los Angeles Superior Court on December 5.