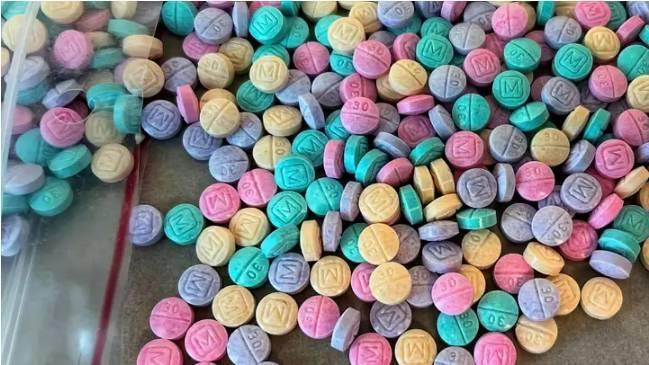 Fentanyl is pouring over the border because of the Biden Administrations’ open border policies. Customs and Border Patrol seized a record amount of the drug this month, which has killed over 120 thousand young people in the last year alone.

The drug traffickers seeking a replenished customer base are targeting an ever younger customer base to refill the buyer pool. Their latest effort; going after kids with candy-colored fentanyl pills.

In many instances, the overdose victims don’t even realize they are taking fentanyl. They think they are experimenting with another designer drug or prescription pain killer.

The new brightly-colored fentanyl – which can come in pills, powder, and blocks that look like sidewalk chalk – is not more potent than the traditional form but could be more attractive to young people, the DEA says.

“This trend appears to be a new method used by drug cartels to sell highly addictive and potentially deadly fentanyl made to look like candy to children and young people,” the DEA said.