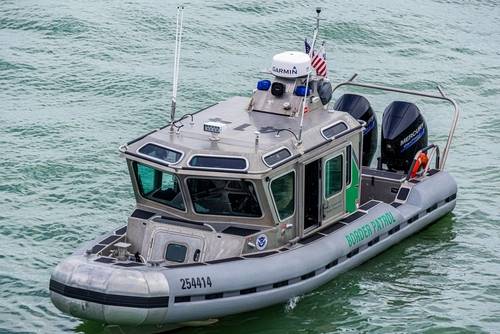 There have been no details provided regarding the conditions of the agents involved in the incident. CBP has yet to identify any of the victims.

Three CBP Marine Interdiction Agents were involved in a gunfight with individuals on board a suspected smuggling vessel when they approached 14 miles off the coast of Cabo Rojo Puerto Rico on Nov. 17, at approximately 8:00AM. According to the CBP, the Marine Agents sustained a number of gunshot injuries as a result.

“CBP and the Coast Guard are airlifting the agents to Puerto Rico Trauma Center. The event is currently under investigation. Further information will be provided as it becomes available,” the statement stated.

Just one day earlier, border agents discovered $2 million worth of cocaine under a capsized boat off the Puerto Rican coast with a dead man in it.

A firearm was found inside the boat, which was turned over to the Bureau of Alcohol, Tobacco, Firearms and Explosives (ATF). The drugs, which weighed approximately 198 pounds, were confirmed as cocaine and confiscated.

There is an investigation underway by Puerto Rican authorities into the death of the male. The boat was taken to the Ramsey Border Patrol Station on the island territory.