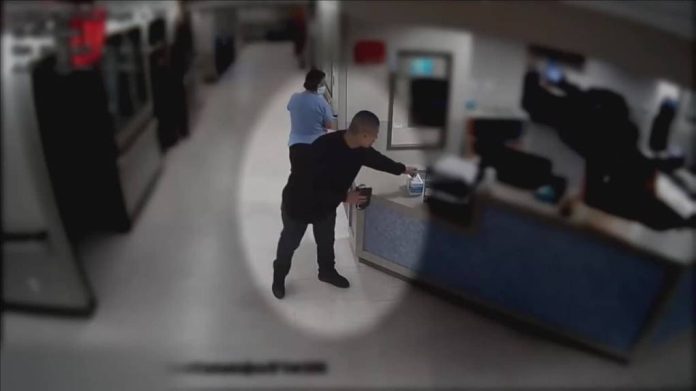 Dallas police say 30-year-old Nestor Hernandez fatally shot hospital employees Jacqueline Pokuaa, 45, and Annette Flowers, 63 in the maternity ward during a violent argument with his girlfriend who had just given birth.

Prior to the shooting, Hernandez was paroled after serving a sentence for robbery. However, he is now facing capital murder charges in the shooting death of these two hospital employees at Methodist Dallas Medical Center.

Pokuaa and Flowers were both by Hernandez, and a Methodist Hospital police sergeant shot Hernandez in the leg while the suspect was reloading his handgun and attempting to flee. Disturbing clips of the surveillance footage from the incident can be seen below:

Hernandez was out on parole for an aggravated assault in 2015 and was given special permission from the Texas Department of Criminal Justice to be with his girlfriend for the birth of her baby at the hospital. He then allegedly struck his girlfriend in the head multiple times with a gun after accusing her of cheating on him.

Sergeant Rangel begins verbal communication with Hernandez 67 seconds after the Sergeant’s shot. Hernandez appears unwilling to throw the gun outside despite multiple commands. Thirteen minutes after the first shot, Officers surround Hernandez outside the room and perform first aid while taking him into custody.

The newborn baby that Hernandez was initially enraged over was not injured during the commotion.

Dallas Police Chief Eddie Garcia slammed the “broken” justice system for letting the suspect out on the streets where he could allegedly obtain a gun. After the deadly shooting, Methodist Hospital said it would have more security on campus and active shooter training for all staff.

Dr. Serena Bumpus, CEO of the Texas Nurses Association, called the shooting “unacceptable” and released statistics showing workplace violence has increased during the pandemic. She claims that the risk to nurses was three times greater than “all other professions.”