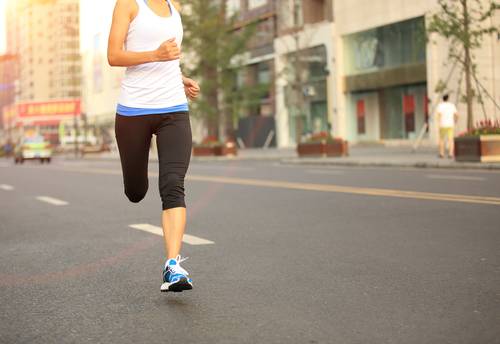 A homeless man with an extensive criminal record was arrested for raping a 43-year-old woman along Manhattan’s Hudson River Park on Thursday. He fled the scene with her headphones, cell phone and wallet.

The suspect, who has not been named yet, was arrested after police found him using the victim’s credit cards at Target. The suspect has 18 prior arrests for petit larceny and assault, and no open criminal cases in New York.

A man allegedly attacked the female jogger on Pier 40 on March 27, knocking her over, then chocking her out. The suspect then sexually assaulting her before stealing her phone, police said.

Gabrielle Sumkin, 23, found the victim bleeding from her elbows and face. She was wearing workout clothes but they were dirty and she didn’t have any shoes. Sumkin noted that no one else assisted the hurt woman despite there being a presence of other fellow runners in the area.

Police say a 29-year-old man was taken into custody for questioning in connection with the rape of a 39-year-old woman in the same spot back in March. The path along Henry Hudson Park is many joggers’ Zen zone. However, some find the West Side Highway unsafe. The suspect used the same approach in the other early-morning attack, choking the victim and raping her before stealing her wallet, debit card, cell phone and headphones.

New York City’s violent crime is up nearly 30 percent compared to last year, with rapes, assaults and robberies all rising. The city has sent out its elite officers to areas with a ‘high volume’ of crime.