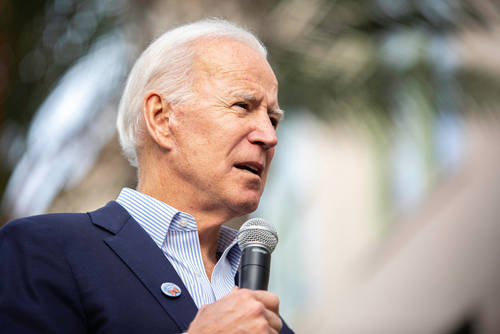 As part of its efforts to combat the ongoing crisis at the southern border, the Biden administration announced Wednesday it would launch a new large-scale border enforcement operation with Mexico. Venezuelans will also be returned to Mexico unless they apply through a limited parole program, and increased checkpoints, resources, and a crackdown on human smuggling operations will be included in the operation.

The large-scale border enforcement campaign will see the two countries increase checkpoints for migrants, and collaborate on targeting human smuggling operations and a surge in resources and law enforcement personnel. As first reported by Fox News Digital, the campaign aims to increase information sharing between the two countries concerning the use of stash houses and staging locations by transnational criminal organizations for transporting migrants through Mexico and into the United States.

In the meantime, the Biden administration will immediately initiate the process of returning Venezuelan nationals who entered Mexico illegally, expelling them under the Title 42 public health order that was implemented during the Trump administration during the COVID-19 pandemic.

Due to a lack of diplomatic relations with Venezuela and Mexico’s refusal to take Venezuelan nationals, the U.S. has been unable to return migrants under the Title 42 public health order until now. The authoritarian regime has seen an increase in migrants coming to the U.S.

More than 25,000 Venezuelan migrants were encountered in August, up from just 4,000 in April. There were just over 6,000 migrant encounters from Venezuela in August last year. Due to the surge, Venezuelan illegal immigrants are mainly released into the country rather than returning home or to Mexico, which has contributed to the overwhelming pressure on border communities. In August alone, over 200,000 migrants were encountered, part of a surge in migrants that has seen more than 2.1 million encounters this fiscal year.

Also on Wednesday, the Department of Homeland Security announced a new parole program that would provide a legal pathway for Venezuelan nationals to enter the U.S. The humanitarian parole program is capped at just 24,000 Venezuelans. To qualify, Venezuelans must have a U.S. supporter who can provide financial and other support, pass biometric and other security screenings, and complete vaccinations and public health requirements. It’s similar to a Ukrainian program announced earlier this year.

Deported nationals, those who crossed illegally into the U.S. or Mexico after Tuesday, or those who have residence status or refugee status in a country other than Venezuela are ineligible for the program. According to DHS, the program will be terminated if Mexico stops accepting Venezuelan returns.

In a statement, Homeland Security Secretary Alejandro Mayorkas said the actions demonstrate that Venezuelans can enter the United States lawfully and orderly. Those who attempt to cross the southern border illegally will be returned to Mexico and will not be eligible for this process in the future. In order to qualify for employment in the United States, you have to follow the lawful process.”

As a result of a border security operation, increased Title 42 removals, and limiting entry to only a limited parole program, the administration is aggressively trying to limit the number of immigrants entering the United States. In light of continued political pressure from Republicans at both the state and national levels, the state faces continued political pressure on the border crisis. Immigrant activists may be disappointed by the increased reliance on Title 42, which the administration has sought to end and which left-wing activists oppose.