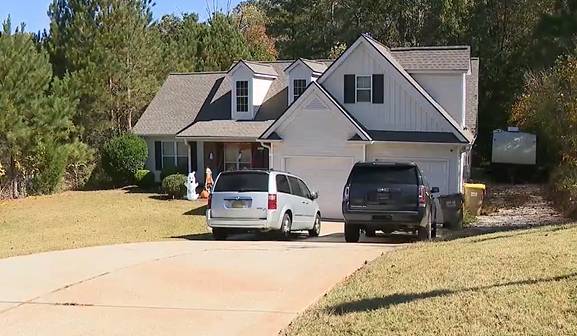 On Monday evening, a Winder Georgia man shot his girlfriend and his 11-year-old daughter before turning the gun on himself. Killing the sixth-grader and himself.

There was no sign of the tragedy that unfolded less than 24 hours earlier at the Winder residence on Tuesday afternoon.

An argument followed by shots, and then cries for help were heard by neighbors.

She ran out, saying, ‘He shot me,’ Peters said.

Upon entering the home, deputies discovered the bodies of 11-year-old Angelique Ahearn and 59-year-old Leonard Ahearn. Both had suffered gun shot wounds.

“In this case, an 11-year-old was brutally killed. It’s hard for us to witness such a tragedy,” said Barrow County Sheriff Jud Smith.

He said the girl’s father shot her, then turned the gun on himself. The daughter died at the scene. Leonid Ahearn died at Athens Regional Hospital.

“Last night, we found out that one of our middle school students had died suddenly and unexpectedly,” said Ken Greene, assistant superintendent at Barrow County Schools.

Counselors and social workers were dispatched to Russell Middle School Tuesday to provide support to students and staff.

“Students and faculty have had the opportunity to meet individually with counselors or to meet in small groups to process their grief,” said Greene.

After the shooter’s girlfriend recovers from her gunshot wound to the hand, Sheriff Smith hopes to learn more about what triggered the deadly shooting.

“The sheriff said he doesn’t know what caused the arguing to start and why it escalated so quickly.