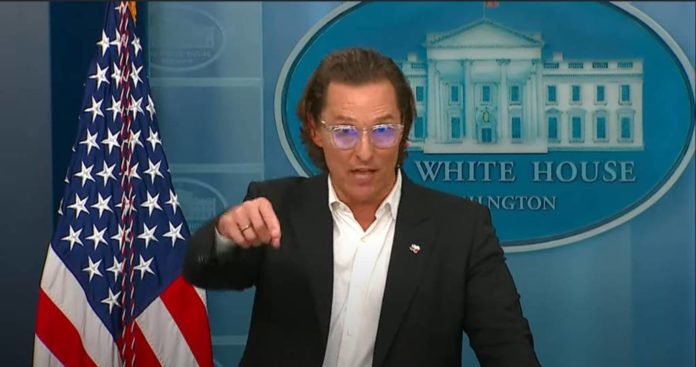 McConaughey and his wife Camila Alves spent most of the past week with the families of the 19 children and two teachers killed at Robb Elementary School last month. They showed pictures of their artwork and brought green Converse shoes that were used to identify one girl’s body.

McConaughey called for background checks, a waiting period for purchasing AR-15s and red flag laws, saying they were practical and tactical measures to protect society and the Second Amendment.

McConaughey spoke in great detail about the children and their dreams before they were killed. He said counselors are going to be needed in Uvalde for a long time.

McConaughey said that lawmakers should “get some real courage” and “honor our immortal obligations” instead of “counterpunching” the other side. He added that America is not as divided as it is being told.

McConaughey told reporters on Capitol Hill he hoped he was making progress in his meetings with lawmakers. The President met with Democratic Sen. Chris Murphy of Connecticut on Tuesday and spoke about the outlines of the ongoing gun reform negotiations.