The Cold Case Solved After Written Confession From Attacker.

Lisa Ziegert was snatched from her job at a small card shop in Massachusetts 25 years ago in 1992. Her body was found by a hiker in the woods four days later, with eight stab wounds to her neck and leg.

Lisa’s mother, Dee Ziegert did not give up hope of finding her daughter’s murderer. In 2017, the case was looked at again and it was discovered that 11 suspects refused DNA testing at the time of the murder. One of the people listed was Gary Schara.

A Massachusetts State Trooper left his card with Schara’s roommate at a multi-family home on Sept. 13, 2017, court records show. Upon learning of the state trooper’s visit, Schara drafted three hand-written documents; a confession, an apology letter to the Ziegert family, and a Last Will and Testament. 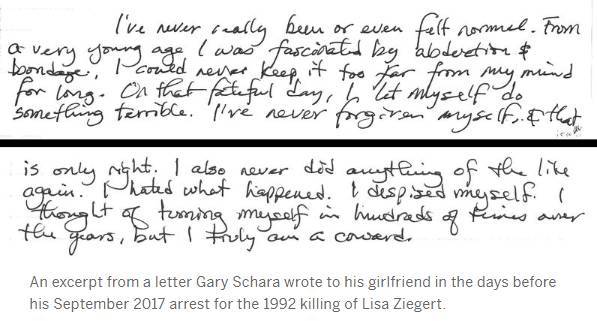 In his confession letter, Gary E. Schara wrote that from a young age he was fascinated by abduction and bondage and could never keep it far from his mind. He stated that he let himself do something terrible, referring to the abduction, rape, and murder of Lisa Ziegert. His confession was followed by self-deprecating statements and reassurances that this was the only time he acted on his demons. He expressed deep regret and called himself a coward for not turning himself in earlier on.

Over the past two decades Schara spent his time working in restaurants, and customer service. In describing his character, his friends remarked that he was “the nicest guy in the world” with a “docile” nature.

Schara tried killing himself before he was arrested, leaving a note on his dashboard,

“I also never did anything of the like again. I hated what happened. I despised myself. I thought of turning myself in hundreds of times over the years, but I truly am a coward,” he wrote. “Today it will end. I will take my own life, or face the music as it were.”

According to court records, Schara was charged with Ziegert’s murder. He ultimately decided to plead guilty to the charges after initially pleading ‘not guilty’. 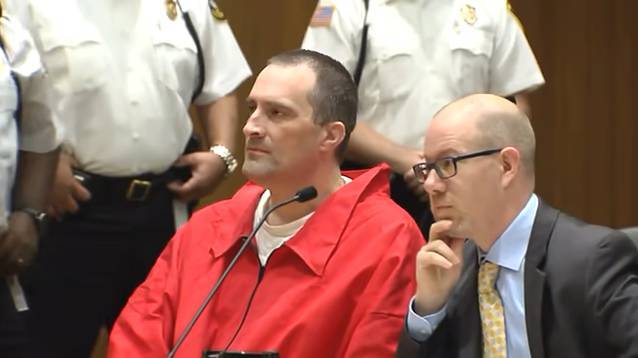 Investigators compared Schara’s DNA profile with 14 million other samples and found no matches, so they believe Schara did not commit any other crimes before or after the murder of Ziegert, consistent with his confession letter.

However, Schara’s confession did leave Dee Ziegert with unanswered questions including why he targeted Lisa Ziegert.

While Schara’s confession softened his participation in the rape and murder of Ziegert, by contending that he had no intent of killing Ziegert, the crime scenes contradict that assertion. Reports indicate that Ziegert’s half clothed body was found in a clearing in the woods and her hands were covered in deep defensive wounds. The shop where she was abducted from had kick scuffs at the threshold and blood was found on the cards.

Schara’s confessional letter addressed none of the cruelty of the attack, but instead was crisp in his directive to close the chapter.

In his hand written Last Will and Testament, he left his assets in equal parts to his mother, brother, and girlfriend with 10 percent to his roommate.

After Schara’s plea, Dee Ziegert felt enormous relief, but also oddly let down. She said she would now be able to go on a trip without worrying about important phone calls; but she spent so much time and energy seeking justice, that it felt odd no longer having to fight for justice.