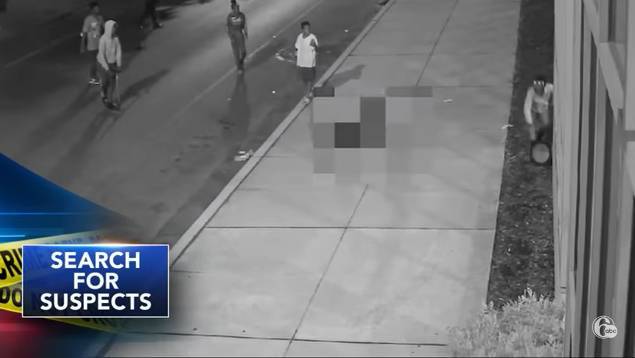 Video released by the Philadelphia Police Department shows A Group Of Teenagers Who Attacked A Senior Citizen With A Traffic Cone And Killed Him.

A group of seven teenagers attacked and killed a 73-year-old man in Philadelphia last month with a traffic cone.

The teens followed the 73-year-old across the street before attacking him with a traffic cone. One of the females appeared taken aback by the incident and held her hands over her mouth in a gesture suggesting shock.

The teenagers struck Lambert with a cone and fled the scene, with one male pedaling away on a scooter smiling with another male companion.

Seven individuals were present during the incident, but none have been arrested. The police are offering a $20,000 reward for information.