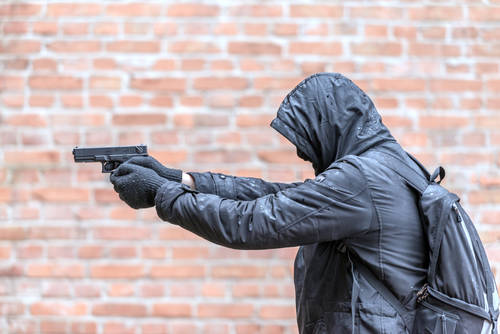 On Saturday, gunfire erupted inside a home where teens were hosting a house party.

After 10 p.m., two brothers who attended Berkeley High School, were shot and killed at the home which was on Apgar street.

The shooting also injured two others at the party, who were rushed to nearby hospitals. While waiting for help to arrive, a neighbor, who asked not to be identified, says she ran outside to help one of those victims who was laying on the ground, screaming “help me!” She fashioned a belt into a tourniquet.

The conditions of the two teens injured in the gunfire have not been released by police. The motive for this shooting is still unknown, and officers are still searching for a suspect.

According to a GoFundMe page set up for the family to help pay for funeral expenses, Angel was a “gentle soul” full of laughter, while Jazy was smart and funny as well as a “protector” of his younger brother.

They were killed in a senseless and tragic manner, according to their family.

“We are deeply saddened to have learned that two Berkeley High School students and beloved members of the BUSD family lost their lives yesterday in a senseless act of gun violence. Our hearts go out to their family and everyone impacted by this tragedy. Because these were two of our own, we are all feeling this pain collectively and must hold each other especially close and care for one another,” the statement read.

Grief counselors will be on hand at the high school on Monday during school hours, according to the district.