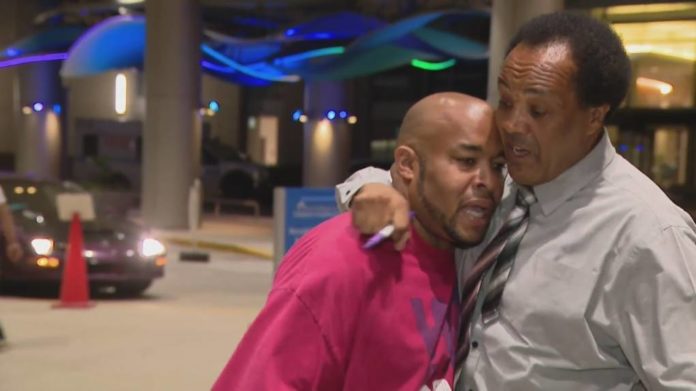 Boy, 5, shot in the head in Rogers Park – Chicago Tribune

A five-year-old boy was shot in the head and critically injured. The young child was visiting his mother and saying goodbye to his father in the 7600-block of North Paulina Avenue in Chicago’s Rogers Park neighborhood.

An unknown gunman inside a black Hyundai started shooting just after 6 p.m, and they hit the five-year old as well as his father. Police say the unknown shooter shot five-year-old Devin Mcgregor in the head after pulling up to his mom’s car.

The shooter also shot the boy’s 25-year-old father, who was shot by the mysterious gunman in the hand and shoulder.

Tervalon Sargent, the young boy’s grandfather, told news outlets that the boy was saying goodbye to his father so he could leave and get ready to start school. A violent shooting last thing anyone would’ve expected to have happen in that moment.

The five-year-old was just three days into his first year of school and family are now praying and hoping doctors can save his life.

Chicago police said no one is in custody for the shooting, which is the 12th minor shooting in the city in the last week.

Police are still searching for the person responsible for the attack on the five-year-old boy, who remains in critical condition.

To receive additional updates on this shocking story, please consider the news outlets listed below to stay in the know.