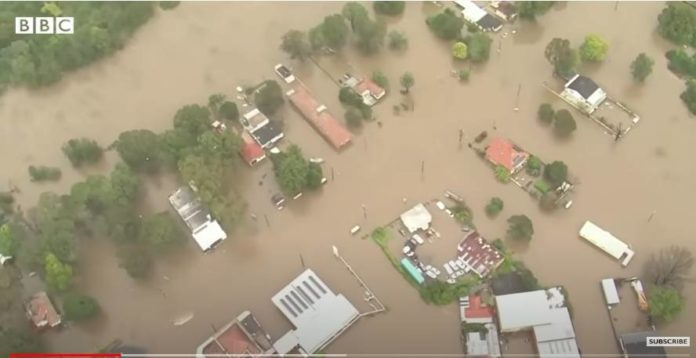 A low-pressure system off Australia’s east coast is forecast to bring heavy rain over the next 24 hours across the southern regions of New South Wales. More than 8-inches of rain has already fallen over a 186-mile area. That is more than a month’s worth of rain.

The Bureau of Meteorology warned of flood risks along the Nepean and Hawkesbury Rivers and said water levels would peak higher than in the past three major flood events.

Some of these same areas were flooded in March and for the third time this year. Leaving many to question if they can even continue to live there.

Authorities have issued evacuation orders for about 70 areas in Sydney after flooding submerged homes for the third time this year.

Police say 29 people have been rescued from floodwaters, including one hanging on to a pole for an hour.